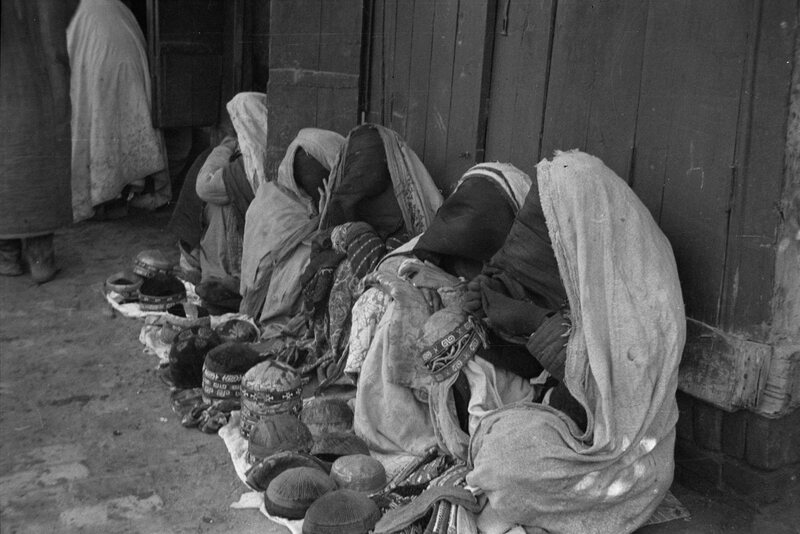 During her travels in Central Asia, Lotte Jacobi photographed the people, bazaars, and monuments in five important cities along the ancient Silk Road: Bukhara, Samarkand, and Tashkent in Uzbekistan, and Stalinabad (now Dushanbe) and Khodjent (now Khujand) in Tajikistan.

The Silk Road, or Silk Roads, was not one single route, but a network of routes connecting China to Rome. The Silk Road dates back to the eighth or seventh centuries BCE, though trade along these routes began even earlier (Su-il 810). These routes became known as the "Silk Road" in the nineteenth century when the German scholar Ferdinand von Richthofen used the term, Die Seidenstrasse, Silk Road or Silk Route, in 1877 (Macleod and Bradley 18). The routes across Eurasia that make up what is now referred to as The Silk Road consist of three trunk lines running east to west: the Steppe Route, Oasis Route, and Sea Route, and five branch lines extending North to South: the Horse Trading Route, Lamaism Route, Buddhist Route, Mesopotamian Route, and the Amber Route (Su-il 809, 813-814). The Steppe Route passed through the Northern grasslands of Eurasia. The Oasis Route connected the oases of Central Asia to one another. The Sea Route was a water route crossing the Mediterranean to the Red and Arabian Seas, the Indian Ocean, and the seas of Southern China. The Branch Lines are named after the goods and ideas that were transported along them (809, 813-814).

This network of routes that moved people, goods, and ideas between China and Rome were incredibly dangerous. In addition to the natural hardships travelers encountered crossing deserts and mountains, often in extreme weather conditions, bandits frequently plagued travelers. For safety, travelers formed large caravans of as many as 1,000 camels. Depending on the time of year, caravans would sometimes travel at night to avoid the searing heat of the sun. Caravanserai, large buildings with a central courtyard where travelers could rest and trade, were built about every 16 miles (25 km), the average distance travelled per day along the Silk Road (Macleod and Bradley 18). 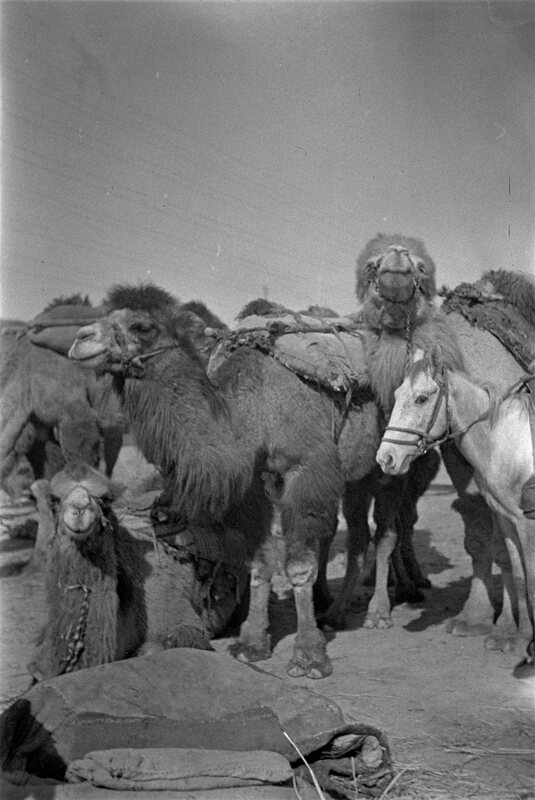 Located at the crossroads in the center of cities and towns, Central Asian bazaars became dynamic focal points where goods were traded and different peoples, from east and west, north and south, came together. Despite the Silk Road’s name, silk was only a small percentage of what was moved across the Silk Road. Many other goods, such as gold, textiles, spices, pomegranates, peaches, wine, animals, ceramics, paper, gunpowder, and more, were traded along the route. In addition to goods, the trade routes allowed for religious, artistic, and intellectual ideas to travel freely between cultures and civilizations (Macleod and Bradley 18-19; Su-il 809-814).

Central Asia was a key part of the territory that merchants travelled along the Silk Road. In fact two of the main routes travelled passed through either Samarkand or Bukhara. One route, called “The Royal Road” (the Shokh Rokh), was a 170 mile (270 km) path along the Zerafshan Valley that connected Samarkand and Bukhara. The journey along the Royal Road took about a week to make (Macleod and Bradley 242).

Samarkand was located at the intersection between trade routes to Persia in the west, China in the east, and India to the southeast. When Timur (Tamerlane) made Samarkand his capital, he constructed six main thoroughfares that led to the domed trade gallery, the Registan, in the center of the city (Macleod and Bradley, 179, 181). (The Registan was later turned into an impressive architectural complex by Timur's grandson, Ulug Beg.) At this central market, people could find goods brought by the merchants making their way along the Silk Road, as well as the Samarkand peaches sought after by traders (Frankopan 20). The first paper mill in the Islamic World, technology adopted from the Chinese, was built in Samarkand (Su-il 739). 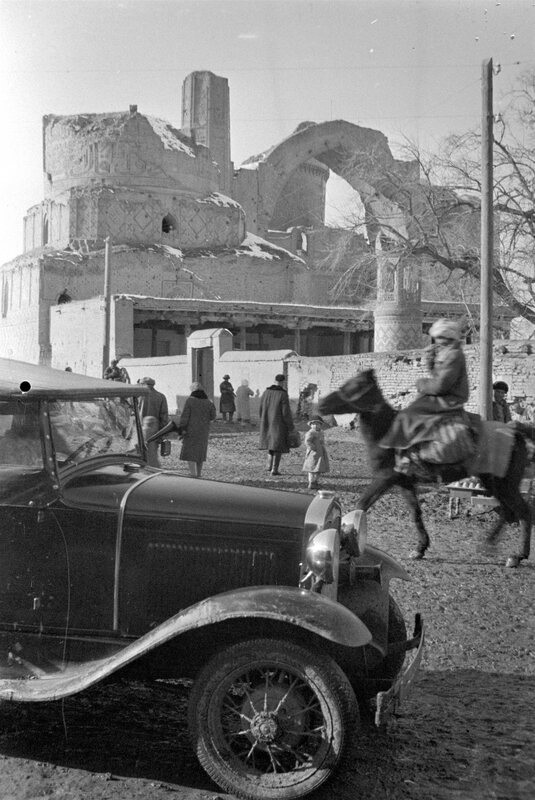 Bukhara benefited from the Silk Road due to its strategic location between the major cities of Merv, Herat, Kabul, and Samarkand. Before the Mongols sacked the city in 1220 CE, Bukhara was a center of learning in Central Asia, as the Samanid Dynasty (819-999 CE) made Bukhara into a commercial and cultural center that attracted intellectuals from across the world. Bukhara was also the home of the most famous library in the Islamic World (Macleod and Bradley 250). During this period, the prosperous city supported a population of 300,000 through a sophisticated irrigation system.

The city of Khodjent, Tajikistan, is located in the Ferghana Valley, a fertile floodplain spanning eastern Uzbekistan, northern Tajikistan, and southern Kyrgyzstan. The city was founded by Alexander the Great. The horses of the Ferghana Valley were prized by the Han emperor, Wudi (ruled 141-87 BCE). Large and fast, the Chinese believed these horses were descendants of the legendary dragon-horses. The Ferghana Valley horses were a critical part of emperor Wudi’s army in the campaigns that formed the Silk Road. Sogdian merchants and Buddhist disciples turned Khodjent into a commercial and intellectual hub until the Islamic invasions when the Samanid’s took control of the city (Macleod and Bradley 137).

Tashkent, built in an oasis on the banks of the Chirchik River, was a popular stopping point for Chinese merchants on their way to Samarkand and Bukhara. Buddhist temples were founded in the city as early as the first century CE (Macleod and Bradley, 94). The Samanids ruled the city beginning in the ninth century. Tashkent was also an active trade center with India. The city was known for its silver ore mined in the vicinity (Su-il 868).

The photographs Lotte Jacobi took in these five cities along the ancient Silk Road capture the trading practices and social interactions among the diverse populations living in and traveling through Uzbekistan and Tajikistan. Jacobi's photographs most often show the ways in which time seemed to stand still, despite efforts to modernize and Sovietize these Central Asian states.